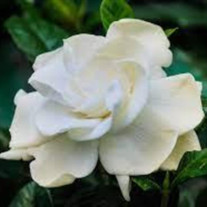 Rosemary Louise Servick, age 95, of Casco Township died Sunday, May 15, 2022. She was born on February 14, 1927 to Lawrence and Louise (Hengy) Livernois in the same farm house in Anchorville where she grew up. Rosemary married Ervin J. Servick on May 25, 1946 in Holy Cross Church, Marine City. He preceded her in death on September 10, 1990 after 44 years of marriage. Always humming a tune while sewing small scraps of cloth together to complete a beautiful blanket or some other sewing project, Rosemary loved to sew, was active in quilting groups from Cherry Beach, Marine City to Ira Township. She baked bread each Saturday morning and enjoyed her daily black 8 O’clock Coffee while watching the birds each morning after filling her birdfeeder. She played pinochle and euchre. Rosemary liked to cut grass on her riding mower, often listened to big band music or watched The Young & the Restless soap opera while sitting in her heated massage chair that was worth more than gold to her. Rosemary was a life-long member of Immaculate Conception Catholic Church and, in her younger days, a member of the Immaculate Conception Mothers Club where she met many life-long friends. Without fanfare she was always doing something for others whether it be family, friends, neighbors or someone who just needed a bit of help. Rosemary is survived by seven children: Carol (Fred) Romine, John Servick, Raymond (Yvette) Servick, Katherine LeDuc, Mary Postalka, Roger Servick, and Loretta (James) Domagalski; and daughter in law, Emily Servick; 23 grandchilden, 30 great grandchildren and 4 great great grandchildren. In addition to her husband, Rosemary was preceded in death by son Mark Servick, son-in-law John Postalka and Sydney Mead. She was also preceded in death by her two brothers, Lawrence (Muggs) Livernois, Robert (Duke) Livernois and five sisters, Josephine Denzin, DorMarie Livernois, Ruth Andres, Delores Rochon and Iris Emerich. According to Rosemary’s wishes, cremation arrangements have been made with Wasik Funeral Home, Gendernalik Chapel, New Baltimore. A private celebration of life will take place at a later date. Memorial donations may be sent to St. Jude Children’s Research Hospital www.stjude.org or to Congregation of St. Josephs in Kalamazoo www.csjoseph.org. To leave a message of comfort visit wasikfuneralhome.com

Rosemary Louise Servick, age 95, of Casco Township died Sunday, May 15, 2022. She was born on February 14, 1927 to Lawrence and Louise (Hengy) Livernois in the same farm house in Anchorville where she grew up. Rosemary married Ervin J. Servick... View Obituary & Service Information

The family of Rosemary Louise Servick created this Life Tributes page to make it easy to share your memories.

Send flowers to the Servick family.