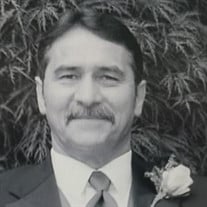 Raymond Joseph Tucci, of Chesterfield, passed away Tuesday, July 27, 2021 at the age of 72, surrounded by his family. He was born August 8, 1948 in Detroit, Michigan to the late Sylvio and Rose (Fornari) Tucci. Ray was a proud veteran of the United States Marine Corp, having served as a radio operator in Vietnam. He retired from Detroit Edison after almost 35 years working in the St Clair Power Plant. He enjoyed sailing, whether he was taking his boat out on Anchor Bay or participating in the Port Huron to Mackinac race. He also loved classic cars! He owned many different hot rods over the years and would work on them in the garage and travel to various car shows. Ray was also involved in the community. He coached his daughters’ basketball teams for many years and more recently volunteered at The Stahls Automotive Foundation where he was able to share his love of cars with the public. Ray also loved his dogs! He leaves behind Jake and Storm, his faithful companions and protectors. They never left his side, especially when they knew he was sick. He fought a 2 year battle with Pancreatic Cancer, staying strong and positive through the entire journey. Survived by his children, Maria (Michael) Daigneau and Deana (James) Derocha; his grandchildren, Ava, Elena, Vincent, and Sophia; and his former wife, Angela Tucci. Also survived by his former wife, Laura Tucci; her children, Curissa and Jared; and grandchildren, Madison, Emma, Lucas, Mason, and Harper. He is also survived by his sisters, Elaine (Ron) Berkel and Bernice (John) Smerdon, and many, many friends. He is preceded in death by his parents and his sisters, Sylvia Tucci and Patricia Schnoblen. The family suggests those who wish to express sympathy to consider making a donation to the Pancreatic Cancer Action Network or the Vietnam Veterans Association - Chapter 154 in Ray’s name. Visitation for Raymond will be on Friday from 2-8 p.m. at the Wasik Funeral Home, 49150 Schoenherr Rd. (N. of 22 Mile Rd.) Shelby Twp. A funeral service will be on Saturday at 11:00 a.m. at the funeral home. An inurnment at Great Lakes National Cemetery will be at a later date.

Raymond Joseph Tucci, of Chesterfield, passed away Tuesday, July 27, 2021 at the age of 72, surrounded by his family. He was born August 8, 1948 in Detroit, Michigan to the late Sylvio and Rose (Fornari) Tucci. Ray was a proud veteran of the... View Obituary & Service Information

The family of Raymond J Tucci created this Life Tributes page to make it easy to share your memories.

Send flowers to the Tucci family.