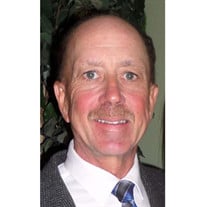 Michael Curzenski gained his angel wings on April 13, 2020, at the age of 61. Michael is survived by his wife, Julie, of almost 34 years, and daughter Amy. He is also survived by his siblings Gary (Betty) and Christine, as well as many nieces,... View Obituary & Service Information

The family of Michael Curzenski created this Life Tributes page to make it easy to share your memories.

Send flowers to the Curzenski family.