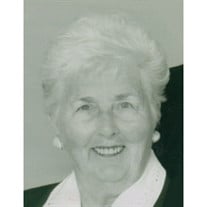 Helen V. Chomin, age 98 of Port Sanilac passed away on January 9, 2021. Helen was born on February 18, 1922 in Detroit, Michigan to Joseph and Clara Goike. Helen owned and operated DuBay's Grocery Store for fifteen years and after that she was... View Obituary & Service Information

The family of Helen Viola Chomin created this Life Tributes page to make it easy to share your memories.

Send flowers to the Chomin family.