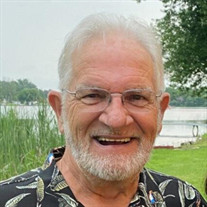 Geraldo Diez, 78, passed quickly on April 24th. The blessing is he had no idea he was ill and lived his life to the fullest until almost the very end with the love of his life, Brenda. They met and we’re together since they were 16. They have four children,14 grandchildren, and 4 great grandchildren. April (Carlos, Nicolas, Veronica, Diego), Sherry (Brenda Fernandez (Diego) Cristiano, Xavi, Adelina, Luca), Vanessa, Alexandra, Sasha), Geraldo Jr. (JD) Amy (Elena, Sofia, Bianca, Geraldo III, Marcos), Mark (Alexis). He created a legacy that will carry on. Jerry is also survived by his sisters, brothers-in-law and sisters-in-law, and many nieces and nephews. Jerry was a man of strong faith who was an incredibly loving, supportive, kind, generous, hysterically funny, husband, father, papa, and friend. He was always concerned and caring for the community in so many ways. He went about his philanthropy quietly because he was never looking for accolades. Jerry grew up very poor for a long period of his life and knew that reality intensely. He also knew the value of education and hard work. As an entrepreneur, he started his first business in 1973 and has grown the Diez Group Companies to what they are today. We were mentored by the best of them all. This incredible man lived his life to the fullest and made the world a much better place. Visitation will be held on Friday, April 29, 2022, from 2:30pm until 8:00pm with a Rosary Service at 7:00pm at Wasik Funeral Home, 49150 Schoenherr Rd., Shelby Township, MI 48315 In state on Saturday, April 30, at 10am until time of Funeral Mass 11am at St. Mary's of the Hills, 2675 John R Rd., Rochester Hills, 48307 In lieu of flowers, please consider a donation to a Hispanic community organization important to Jerry. LA SED - 4138 Vernor Hwy., Detroit MI 48209 Jerry will be laid to rest privately at Guardian Angel Cemetery

Geraldo Diez, 78, passed quickly on April 24th. The blessing is he had no idea he was ill and lived his life to the fullest until almost the very end with the love of his life, Brenda. They met and we&#8217;re together since they were 16. They... View Obituary & Service Information

The family of Geraldo Diez created this Life Tributes page to make it easy to share your memories.

Send flowers to the Diez family.