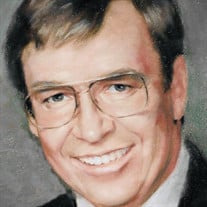 Dennis Paul Dugan passed away peacefully in his home on March 23rd, 2022, surrounded by his loving family. He is deeply missed by his wife Susan, his children: Julie (Santini, husband Nicholas), Jacqueline (Bohrer, husband George), Jill (Dooley, husband David), Thomas, Jennifer (Hobbs, husband Thomas), Michelle, Noah, and Shelly, and his many grandchildren: Nicole (Smith, husband Michael), Thomas (wife Erika), Brittanie, Carly, Shelby, Stephanie, Jacob, Evie and Auna; and great grandchildren: Joseph, Natalie, Ramona, and Claudia. Dennis was born September 15th, 1942 in Seattle, Washington, growing up in Northwest Detroit with his two sisters Kay and Darlaine. He attended St. Brigid elementary school and graduated from St. Cecilia High School. His interest in drafting and engineering led him to college classes at Lawrence Tech in Detroit. In 1965 he was drafted into the army and sent to Vietnam and was honorably discharged in 1967.His experiences in Vietnam had a big impact on him and he continued to share stories with his family throughout his life. After Vietnam, Dennis took a job at AT&T where he worked faithfully until he retired. Dennis married Susan Schmidt in 1971, and adopted her four children Julie, Jacqueline, Jill and Thomas. In 1973 their daughter Jennifer was born. Last December Dennis and Susan celebrated their 50th wedding anniversary. Dennis loved spending time with his family around their home in Warren, Michigan, on their boat, and up-north in their cottage on Lake Leelenau. They enjoyed being on the lake so much that they moved to Chesterfield on Anchor Bay where Dennis remodeled a 1923 lake home. Dennis and Susan were dedicated members of their church, and the Dugan family attended St. Martin de Porres church in Warren for many years. After moving to Chesterfield they attended St. Mary’s church where they were also very active members and volunteers. Dennis drove for Meals on Wheels, took lunches to the homeless with the church, and Dennis and Susan were hosts to children with needs for decades, and they adopted three children Michelle, Noah and Shelly. Dennis lived his life as a very loving husband and father as well as a compassionate church and community member. He opened his heart to people and touched so many. The Dugan family would like to extend a heartfelt thanks to the doctors, nurses and staff at McClaren Macomb Hospital, and to the McClaren Hospice team who were extremely helpful and supportive in getting him home to pass comfortably. There will be a viewing at Wasik’s Funeral Home in Chesterfield Township located at 35259 23 Mile Road, New Baltimore, 48047 on Monday, March 28th from 3:00pm - 8:00pm. with a 6:00 p.m. scripture service. There will be a service at St. Mary Queen of Creation’s church in New Baltimore located at 50931 Maria St., New Baltimore, MI 48047 on Tuesday, March 29th with at 10:00am visitation and 10:30am mass. Dennis will be settled at the Veteran's Great Lakes Cemetery in Holly Michigan. In lieu of flowers please consider donating to McLaren Hospice and Homecare Foundation: https://www.mclaren.org/health-management-group/online-donation-mclaren-health-management-group

The family of Dennis P Dugan created this Life Tributes page to make it easy to share your memories.

Dennis Paul Dugan passed away peacefully in his home on March...

Send flowers to the Dugan family.