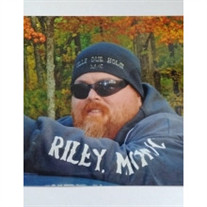 Christopher David Rose was born on April 16th, 1972 to Howard and Sandra Rose. Chris started working at the age of 6 in his dad's Mobile Gas Station, which led him into a lifelong career in the automotive industry. His parents taught him the importance of family and was given a strong work ethic. He was an Industrial Controls worker for Stellantis North America. Chris found his one true love, Donna, and were married in 2003. Chris tested his vow of 'in sickness and health' often, hand in hand they made it through it all together. Chris' greatest achievement was starting a family; even in death his bond with daughters, Elizabeth and Sophie will not be broken. He had a fierce love for his Girls! He also had an honorary son, Jonathan, whom he loved as his own. Chris worked hard to provide the best life for his girls, and was the greatest husband, Daddy-o, and man on earth. Chris had many hobbies, first being travel. He took his family on many memorable vacations. He loved to put miles on his bike, and rode through numerous states. This one time in Tennessee, he found some highly collectable rocks. He enjoyed reading, he often had a book in hand, and later read on his phone. He enjoyed playing poker and euchre and simply sitting with his brothers swapping stories. Chris was highly intelligent, a man of high integrity, and an overachiever. Like the time he waited for the Polar Bear Plunge to be baptized. Chris had many medical issues, and lived in constant pain. However, he never complained.Through his riding, he found a great freedom. Through this passion for riding he found a brotherhood in HELL'S OUR HOME motorcycle club. He was proud to wear his colors, and loved and respected all his brothers. He may have looked like a big bad biker with a pimp walk, but he was really just a big ole teddy bear. Chris is welcomed into Heaven by his parents, Howard and Sandra Rose, honorary father Ray Hagedorn, and a brood of his handsome brothers. Chris is survived by his loving wife, Donna, daughters Elizabeth and Sophie, and honorary son, Jonathan Blanchard. Honorary mother Mary Hagedorn, also mother-in-law Virginia Strevel. Sister Cynthia Flower (David), brother Curt Rose, sister Constance Manai (Fethi) and brother-in-law James Strevel. Nieces and nephews include Dennis, Lacy (David), Steven, Jacob (Kaitlyn), David, Haley, Bailey, and Stormy. Great niece Katelyn Visitation 2:00 - 7:00 p.m., Tuesday, January 11, 2022 at Gendernalik Funeral Home, 35259 23 Mile Road, New Baltimore. Visitation 4:00 p.m. until 5:00 p.m. Funeral Service, Wednesday, January 12, 2022 in the funeral home.

Christopher David Rose was born on April 16th, 1972 to Howard and Sandra Rose. Chris started working at the age of 6 in his dad's Mobile Gas Station, which led him into a lifelong career in the automotive industry. His parents taught him the... View Obituary & Service Information

The family of Christopher David Rose created this Life Tributes page to make it easy to share your memories.

Send flowers to the Rose family.