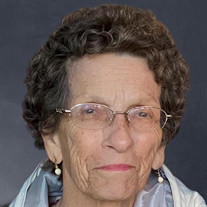 Barbara Ann (Kaminski) Szatkowski, 79, passed away September 27, 2021 in Royal Oak, Michigan, surrounded by her family, after fighting a courageous 18-month battle with pancreatic cancer. Barbara was born in Detroit, Michigan on November 4, 1941. She grew up in Detroit’s Poletown neighborhood and graduated from St. Elizabeth’s in 1959. She began working at Max’s Jewelry on Chene Street during high school and continued working at several of their stores until they closed in the 1980s. She then worked for Watkins Management until her retirement. Barbara loved bingo, going to the casino, and spending time with her family. She was an avid bowler, playing in leagues well into her 70s. She was a night owl and was known to stay up late playing rummy with her kids and grandkids. She was also a very competitive Scrabble player - her use of mysterious two-letter words started many arguments around the Scrabble board! On September 19, 1964, she married Alphonse Szatkowski. They celebrated their 55th wedding anniversary prior to Al’s death, October 28, 2019. Together they raised three daughters, Darlene (John) Salk of Añasco, PR, Donna (Gary) Szatkowski-Zych of New York, NY, and Tammy (Ryan) Reeves of Westlake, TX; five grandsons, Jake (Hillary) Salk, Joseph Salk, Lennon Zych, Ian and Briston Reeves; and one great-grandson Jace Salk. Barbara is also survived by siblings Louise Chance, Walter Cierpial, Judy Kley and John Lasky; and numerous nieces, nephews, family and friends. She will be dearly missed by all. Visitation Sunday 2-8 p.m. with Rosary 7 p.m. at the Wasik Funeral Home, Inc., 11470 Thirteen Mile Road (west of Hoover) Warren. Instate Monday 9:30 a.m. until time of Funeral Mass 10 a.m. at St. Mary, Our lady Queen of Families - St. Clement Site, 25320 Van Dyke Ave., (corner of Engleman) Center Line.

The family of Barbara Ann Szatkowski created this Life Tributes page to make it easy to share your memories.

Send flowers to the Szatkowski family.