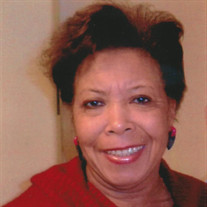 Minisee, Barbara Jane - 82 of Clinton Township, Michigan passed away peacefully on Tuesday, March 29, 2022 at her home. Born on September 24, 1939 in Jenison, Michigan to the late Ray Edwin and Marie Luella (Whatley) Minisee. She grew up on the rural family farm in Jenison near Grand Rapids. She went on to graduate college and pursued her passion of traveling the world which included one of her favorite places, Japan. This inspired her love and deep connection to her spiritual faith of Soka Gakkai Buddhism. She lived and practiced this enlightenment in all aspects of her life with utmost pride and enjoyed spreading the word to anyone in need. While small in stature with a soft, kind, loving presence she was large in life with a strength that could move mountains often felt in her humor and beliefs. Over the years and in her travels, she had jobs in many different places including one of her several favorite cities, Chicago, Illinois. This was where she met and married having her beloved and treasured son, her pride and joy, Michael Minisee. Shortly thereafter she moved back to Michigan where she lived as a strong and dedicated single mother near family before venturing on to other job opportunities. During that time she lived in Jackson, Ann Arbor and finally settled on the east side of Michigan where she raised, taught and supported her son as he grew to have a family who she absolutely lived for, enjoying every aspect of being a mother, mother-n-law and grandma with such pride and admiration. She would laugh at all their jokes, tell them how proud she was of them and show them off to anyone she could often saying how extraordinarily gifted they were. She never spared a hug, an offer to help or words of wisdom. She could never do or give enough for her family, but she was the real gift. She also had another love in her life, her beloved dog Bella who she adopted and spoiled as her second child. They went everywhere together and were loyal to each other to the end. She is survived by her only son Michael (Stacey) Minisee of Macomb, Michigan, six grandchildren, Emily Minisee, Griffin Minisee, Alana, Kyle, Trevor, Brandon and her dog Bella. Two sisters Ruth (Minisee) Watkins of Grass Lake, Michigan and Shirley Minisee of Jenison, Michigan. Two nephews K. Dwight Hawks (Beverly) of Farmington Hills, Michigan, Dale Hawks (Sharon) of Bowie Maryland. Three nieces Anita Hawks of Austin, Texas, Alice Hawks of Atlanta, Georgia and Josie Hall-Downs (John) of Sweet Home, Oregon. Two great nephews Dale Preston Hawks II (Amber) of Portland, Oregon and Malcolm Hawks (Becca) of Portland, Oregon with a great great niece or nephew on the way. She had many other relatives as well as friends from near and far, enjoying seeing everyone she could at the annual Thompson-Minisee family reunions in Whistlestop Park in Byron Center, Michigan. Visitation Wednesday April 6, 3-8 PM with a sharing of memories at 7 PM at the Wasik Funeral Home, Inc. 49150 Schoenherr Rd. (n. of 22 Mile Rd.), Shelby Twp.

Minisee, Barbara Jane - 82 of Clinton Township, Michigan passed away peacefully on Tuesday, March 29, 2022 at her home. Born on September 24, 1939 in Jenison, Michigan to the late Ray Edwin and Marie Luella (Whatley) Minisee. She grew up on... View Obituary & Service Information

The family of Barbara J. Minisee created this Life Tributes page to make it easy to share your memories.

Send flowers to the Minisee family.