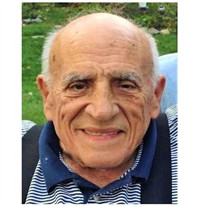 Angelo Fracassa, a lifelong resident of Detroit, passed away peacefully in his sleep on March 30, 2022. He is survived by his wife of 58 years, Anne, their six children: Angela (Phillip), John (Patricia), Elena, Paul, Jim (Moira) and Matt (Kim),... View Obituary & Service Information

The family of Angelo Fracassa created this Life Tributes page to make it easy to share your memories.

Angelo Fracassa, a lifelong resident of Detroit, passed away...

Send flowers to the Fracassa family.